Will My Child Get To Choose Where She Will Live? In Charleston child custody cases, parents frequently ask: How old does my child have to be to decide where he will live after we are divorced?

Contrary to popular belief, South Carolina does not allow children under the age of 18 to choose where they will live after a divorce.

Some states (including Georgia) have child custody laws that permit a child over a certain age to choose with which parent the child will live after a divorce becomes final. Other states require divorce judges to consider a child’s preference only if the child has reached a certain age.

Charleston divorce judges must consider the preferences of each child concerning child custody, regardless of the age of the child involved. However, the judges do not have to follow a child’s wishes in determining child custody.

There is no particular age at which your child’s preference will necessarily be the controlling factor in deciding a Charleston child custody case. Your divorce judge will weigh the age, maturity, judgment, and ability of your child to express a preference concerning child custody.

Generally, Charleston divorce judges give greater weight to the preference of an older child. However, this is not always true. For example, your child custody judge may place great weight on your 10-year old daughter’s opinion, if she is very mature. In contrast, if your 14-year old son is immature, your judge may not be as impressed by your child’s preference. As a practical matter, your Charleston divorce judge knows how challenging your 16-year old son can be with a set of car keys in his hand. Your judge understands that an older child, who has a very strong child custody preference, can be difficult to control. Consequently, your child custody judge will probably grant your mature teenager’s request in the absence of some compelling evidence to the contrary.

Attempts to Manipulate a Child Can Backfire.

As a child custody lawyer, I have seen parents utilize various techniques to improperly attempt to influence their children during the child custody process. Charleston child custody judges are very familiar with these methods. If a judge suspects that a parent is attempting to improperly influence a child’s custodial preference, the judge is likely to disregard the child’s opinion and the judge may question the motives and parenting skills of the manipulative parent,

Since Charleston divorce judges are aware that some parents use these techniques in child custody disputes, your judge may be particularly interested in the reasons why your child prefers to live with you or your spouse after your divorce. If your judge concludes that your spouse has engaged in any of these practices, your judge will probably disregard the child’s expressed preference in your divorce.

You Can Persuade Your Charleston Divorce Judge to Disregard Your Child’s Preference Regarding Child Custody.

The South Carolina child custody law includes a long list of factors, which judges must consider in each child custody case. With the assistance of a skilled Charleston 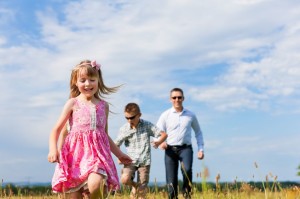 You Should Hire a Charleston Child Custody Attorney.

Alternatively, please use the contact form to ask me any questions that you may have regarding your mother’s rights or father’s rights in your Charleston child custody case. I will be quick to respond.

Working together, we will protect your parental rights and build a better future for you and your child in Awendaw, Charleston, Daniel Island, Goose Creek, Isle of Palms, James Island, Johns Island, Kiawah, Mount Pleasant, North Charleston, Sullivan’s Island, Summerville, or West Ashley.

Can I Move from Charleston with My Child After My Charleston Divorce?

How Will The Judge Decide Your Charleston Child Custody Case?